“The focus of Rounds must be on problems of practice. An important part of the process is creating mechanisms for continuous learning. Instructional Rounds focuses on teaching NOT the teachers and requires members to practice skills of observation and debriefing. We need to use Rounds to go beyond the “land of nice’ and move into a culture of challenge.” Background Information – Bob Stephens: Assistant Regional Director, Southern Metropolitan Region, Victoria.

The second video was created as a reflection of the Southern Metropolitan Region Instructional Rounds Pilot program 2010. I would like to note that our film skills are improving.

And finally, my Teacher Professional Leave partner and I created the Instructional Rounds, Best Teacher Practice, E5 Model Professional Learning Network. This is a global space where educators can collaborate, connect and share their experiences and resources. The ning currently has 262 members from numerous parts of the globe. Our role is to host and moderate this PLN. Regular messages are broadcasted via the ning to ensure members are aware of current content. The link is provided below:

“It is what teachers think, what teachers do, and what teachers are, at the level of the classroom that ultimately shapes the kind of learning that young people get”. Andy Hargreaves & Michael Fullan

“You don’t change performance without changing the instructional core. The relationship of the teacher and the student in the presence of content must be at the centre of all efforts to improve performance”. Elmore 2007

Numeracy – Inspired by Masterchef: Creating and Making – A simple post!

Inspired by Masterchef, the children had to plate a meal with specific ingredients: 17 peas, 7 potatoes, 11 small sausages and 19 baby carrots. These meals aren’t fully plated.

Last week my students were visited by an Aboriginal Elder to support our inquiry: Central Idea – Personal Histories Reflect Traditions and Culture. Murrundindi is an Aboriginal Elder of the Wurundjeri Aboriginal People, Yarra Yarra Tribe, of Victoria. He has visited our school many times and is an inspiring Australian.

Our teacher questions/provocations driving this inquiry are:

How does our exploration of personal histories enrich our understanding of different cultures?

How have personal histories been recorded in times and places?

How do personal histories reflect different cultures and traditions?

“My work is to follow in the footsteps of my ancestors by sharing the culture and history of the Yarra Yarra people through traditional dancing, dreamtime stories, music, artifacts, photographs and through our language as spoken in the Dreamtime.”

“The Wurundjeri, also known as the Yarra Yarra tribe, was one of the three tribes that shared the Upper Yarra and Healesville areas. As Melbourne’s traditional custodians of the land and of local Aboriginal culture, the Wurundjeri roamed throughout an area from Healesville to Lake Eildon, towards Westernport Bay and as far as Wonthaggi. Their Nurrungetta, or king, Bebejern was one of the seven tribal leaders who signed the 1835 Treaty with John Batman, which resulted in the establishment of Melbourne.

Murrundindi is directly descended from these two great Wurundjeri leaders via his mother, Gumbri, who has taught him to esteem and honour his Aboriginal heritage. However, the early years of Murrundindi’s life saw him suffer deeply from the  taunts and comments and he had to work hard to overcome the devastation of this earlier discrimination. In his words: “From these childhood experiences I resolved to work towards creating harmony. The children of today are our future. If I can make them understand that we are all brothers and sisters then hopefully one day no child will have to suffer with or experience racism.

His teachings are simple; respect ourselves and respect each other. He says, “We must learn to live and understand ourselves as well as acknowledge and accept each other’s differences. We are all from one race, we just have different coloured skin. We must also respect our Mother Earth who gives us life. If we do not respect her, we will soon not have a home to live in, food to eat, air to breathe or water to drink.” Murrundindi and his People.

Thank you Murrundindi for sharing your personal history with us. 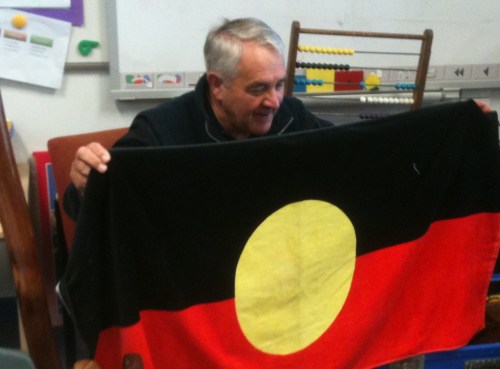 I’ve received a number of emails requesting writing samples from the beginning of this term. Using a recount exemplar ( PM Writing ) to scaffold my student’s writing development is enabling these young writers to develop text control while composing. My students have been extending their writing to include sequence and detail. The writing samples displayed in this post are examples of independent unassisted writing.

Journals are a record of each student’s personal history. They understand that when they read their writing back in years to come they will want to remember as many details as possible about the things they did or achieved.

This also relates to our current inquiry into personal histories. We plan our inquiries using the format of the International Baccalaureate – Primary Years Programme.

Where we are in place and time

An inquiry into orientation in place and time, personal histories, homes and journeys, the discoveries, explorations, and migrations of humankind, the
relationships between and the interconnectedness of individuals and civilizations from local and global perspectives.

Reflection
How do we know? Reflect on culture by examining the personal histories of self and others.

Change:
Exploring the changes in people’s lives due to changes in time and place

Perspective:
Celebrate and accept cultural differences, via the sharing of personal histories

What lines of inquiry will define the scope of the inquiry into the central idea?

What teacher questions/provocations will drive these inquiries?

How does our exploration of personal histories enrich our understanding of different cultures?

How have personal histories been recorded in different times and places?

How do personal histories reflect different cultures and traditions? 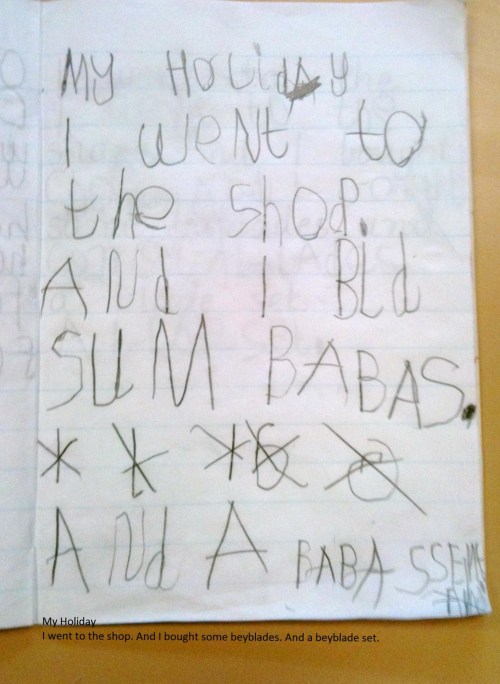 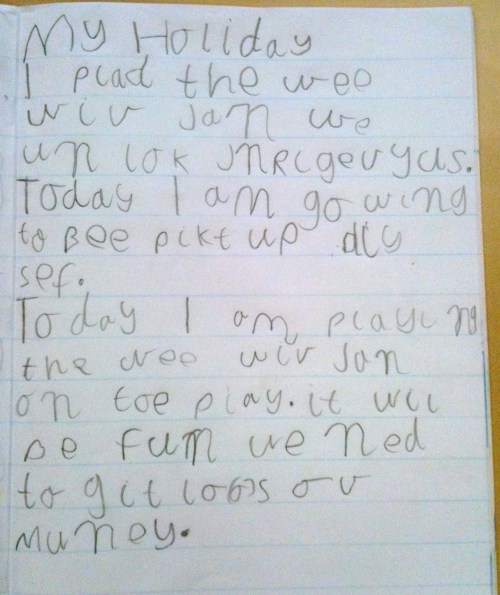 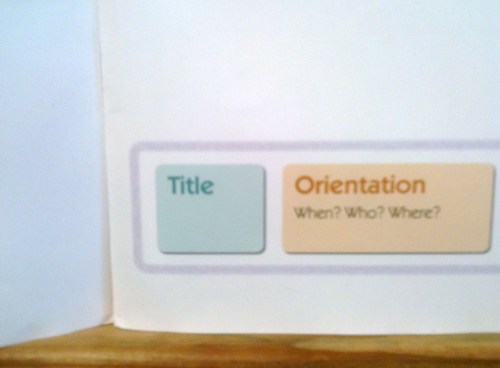 Young children love to be active and creative when learning. Developing children’s listening skills coupled with following directions needs to be woven into the classroom program. The children have completed a ‘follow me’ picture of a story character. The teacher’s role is to use directional language and model for the children e.g. follow me – put a straight line in the middle of your page. Language: curved, straight, middle, above, below, in front, behind, to the side, right, left etc. 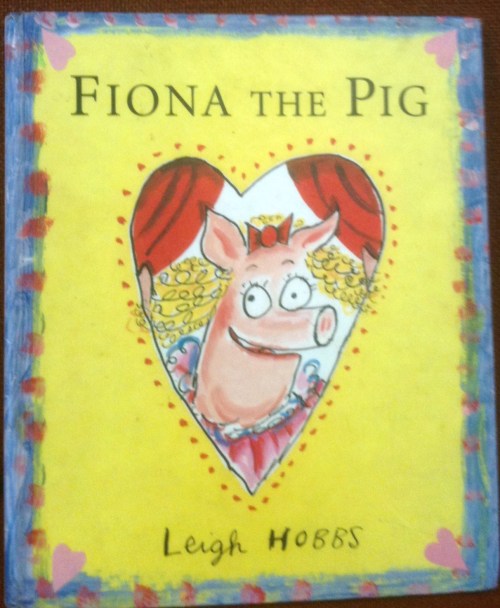 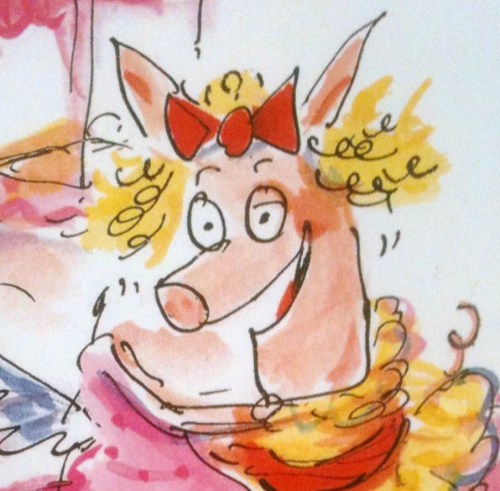 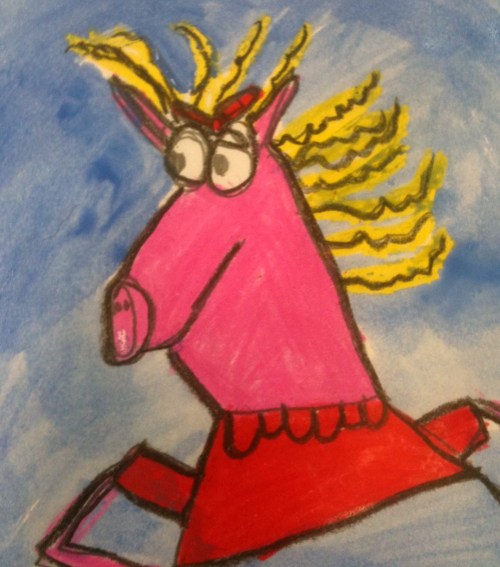 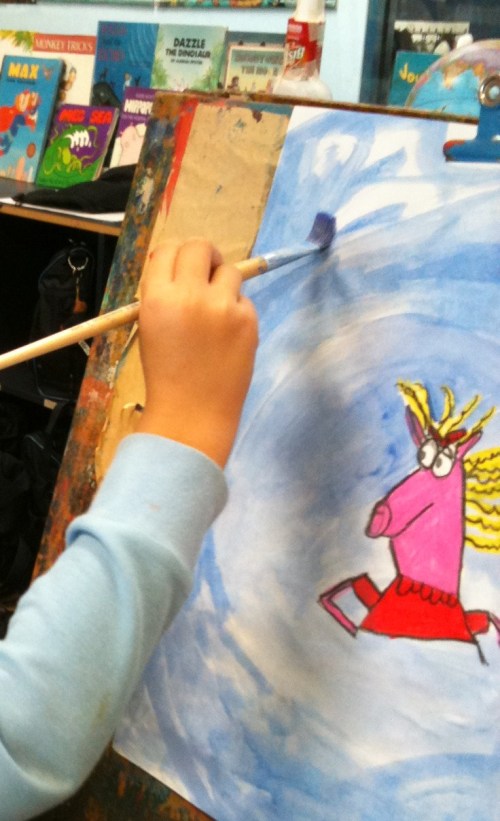 The pictures below are family portraits using white ink pens on black card. These pictures are laminated and can be used as a placemat when taken home. 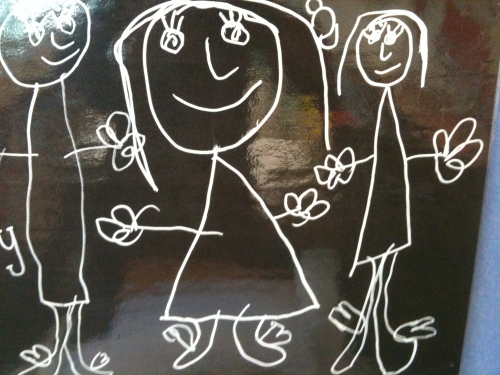 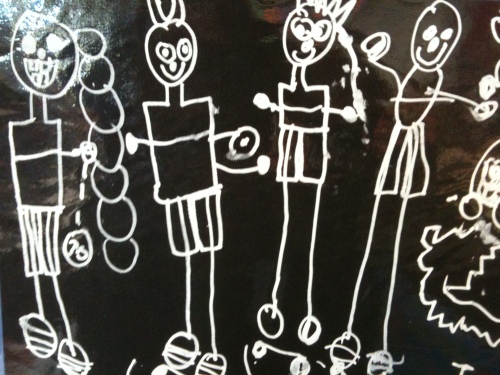 I am asked to support various organisations by using my blog to advertise and support their cause. After carefully researching each organisation’s request, worthy causes are posted on my blog. This information was forwarded by Sarah McKitterick the PR and Community Liaison Officer for this event.

The 15th annual White Balloon Day will be held on 7th September 2011. This organisation is asking schools, daycares and universities across the country to participate and hope that you will join them in raising important awareness about child protection in your school and community.

What would you like to know more about? Teaching & Learning strategies / Instructional Rounds

Term 3 commences tomorrow and it promises to be busy. For international readers we have 4 school terms, with each term being approximately 10/11 weeks. If you have a request for a post on a particular teaching strategy please email me at ndninadavis8@gmail.com. You can also look at the Professional Leraning Network I co-host and moderate http://instructionalroundsineducation.ning.com/ if you are interested in Instructional Rounds as a school improvement model.