Today was the official launch of the Ultranet and despite not being able to log in for any length of time, we still had a full day of learning. Completing the treasure hunt using the Ultranet teacher’s manual went well… and showing the video, ‘The Ultranet in Plain English’ was fantastic – such a clever, explicit and visual teaching tool.

Our staff completed a ‘Headline’ reflection activity after our morning session and I’ve  included samples. They were asked to provide a Headline – (short text)  for today’s newspaper. We watched a number of videos, and completed another treasure hunt using the training modules instead of online. Some teachers were able to access the Ultranet and quickly ‘got the hang of’  using  some of the tools. I was impressed with what they were able to do in such a short time.

There were a number of prizes throughout the day, which were particularly sought after. I’ve included pictures – the Ultranet tribe tattoo arm sleeve. As a staff, we ventured into FUSE – visited wikis and played with Voki. Voki was used for our final reflection (hilarious). Actually having the time to explore these sites was excellent… and we also enjoyed a fantastic Indian lunch.

It was a pleasure to spend the day with my colleagues, and despite the obvious problems, they were engaged and enthusiastic. 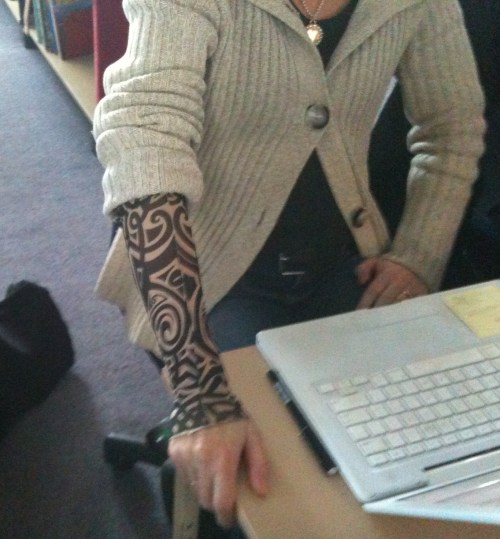 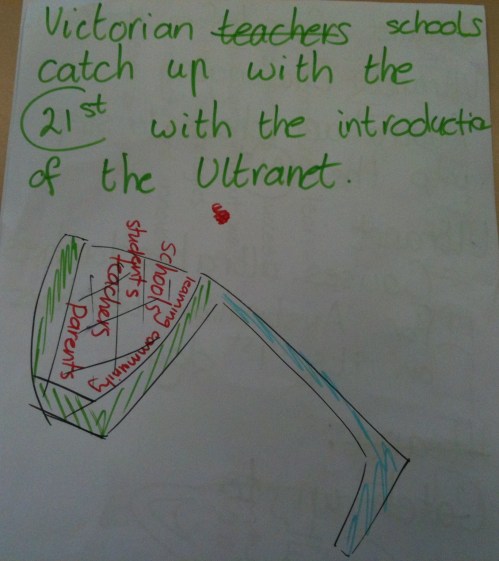