When their map was finished, they completed an activity where they were instructed to identify and draw in detail the beginning, middle and end of the story.

The children had previously completed this activity using the story, Who Sank the Boat? by Pamela Allen. Allowing the children to draw and talk about the story enables them to display an in depth understanding of the text, which can be limited by asking them to purely write. The children were engaged in the task. 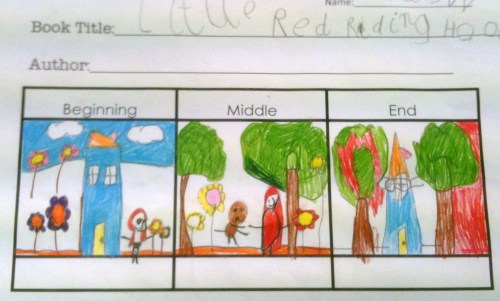 Story Maps: Who Sank The Boat by Pamela Allen

The space below each picture is where the teacher or child can record. I always read a text a minimum of three times before completing this activity.